Recently, Evolution of Chemical Environment in Jiaozhou Bay, a book of 600,000 characters funded by QNLM's "Aoshan Talent"for Excellent scientists, was published and circulated by China Science Publishing and Media Ltd. The book was mainly compiled by Song Jinming, research fellow of QNLM Functional Lab for Marine Ecosystem and Environment Science. Based on the materials from a number of surveys aboard, the book falls into 22 chapters of seawater, sediment and inflow into Jiaozhou Bay. It elaborates and systematically brings to light the evolution process, current situation and trend of the chemical environment in Jiaozhou Bay in terms of current status of research, evolution trend, inflow of substance, change of seawater environment and evolution of sediment. The publishing of the book serves as an important guide to further revealing the changing process of Jiaozhou Bay and utilizing it in a scientific way. 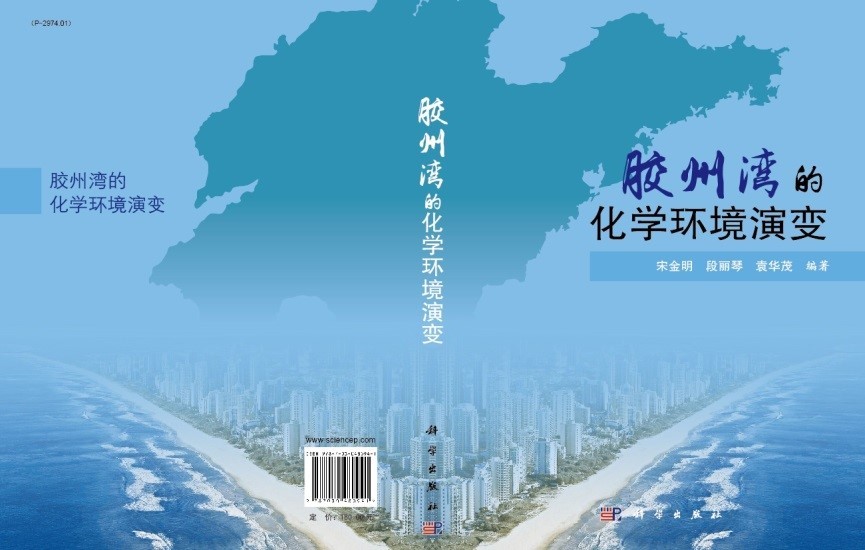 In the early 21st century, the control of the pollution around the Bay somewhat reduced the eutrophication of the Bay, leading to the remarkable reduction in the burial fluxes of biogenic element and dramatic improvement of the Bay ecosystem. 2. It was discovered that the key reason that limits the phytoplankton in the Bay is the transfer of water body silicon to the sediment. Currently, the N/P ratio of Jiaozhou Bay is declining while S/N ratio is rising --- a clear changing trend for the integration of Jiaozou Bay water body and sediment environment. 3. It was discovered that suaeda heteroptera, most adaptive plant in the coastal wetland of Jiaozhou Bay, has become considerably dependent on the element transfer from heavy to light in the atomic numbers, in the sediment of the coastal wetland, happening in all parts of the plant from roots to leaves. That may lead to the fractional distillation of the light and heavy elements, and will have a significant impact on the substances brought into Jiaozhou Bay and on the ecosystem of Jiaozhou Bay.