Considered as one of the world’s most pressing and existential issues of our time, climate change ranks among the most complex and challenging problems for the scientific research community. Earth System Models provide an important scientific tool for understanding mechanisms behind the past evolution of climate and its future changes, as well as for predicting climate variability and change at global scales. As one of the most advanced and widely used Earth system models in the world, the Community Earth System Model (CESM) is composed of separate model components that simulate the atmosphere, land surface, ocean, sea ice, and river runoff. It is a flexible and extensible community modeling tool used to investigate a diverse set of earth system interactions across multiple time and space scales.  These data sets and model code released by the International Laboratory for High-Resolution Earth System Prediction (iHESP) will allow us to better understand multiscale interactions within the Earth system and improve our ability to simulate and predict climate and weather extremes on subseasonal-to-decadal time scales, including tropical cyclones, heat waves, winter storms, floods and coastal sea-level rise.  These are essential steps for developing disaster prevention and mitigation strategies[1].

To improve understanding of complex interactions among climate, ecosystems, and human activities and conditions, the climate research community has developed various future Greenhouse Gas (GHG) emission scenarios. The Fifth Assessment Report of the Intergovernmental Panel on Climate Change (IPCC AR5) used a set of four new pathways for the climate modeling community as a basis for long-term and near-term climate simulations. The four Representative Concentration Pathways (RCPs) together span the range of year 2100 radiative forcing values from 2.6 to 8.5 W/m2.  RCP 8.5 is the most widely used scenario in climate change research and assessment.

iHESP was launched as a trilateral collaboration among the Qingdao National Laboratory for Marine Science and Technology (QNLM), Texas A&M University (TAMU), and the National Center for Atmospheric Research (NCAR) on 24 April 2019. The overarching objective of iHESP is to accelerate efforts in: (1) high-resolution Earth System Model development; (2) high-resolution Earth system simulation and prediction; and (3) advancing scientific understanding of interactions among different earth system components across different space and time scales. iHESP will develop a new advanced modeling framework for high-resolution multiscale Earth System predictions.  This new modeling framework and associated products will be critical to understanding and developing solutions for risks associated with changing environmental conditions across the planet, including those associated with climate variability on subseasonal-to-decadal time scales. The iHESP seeks to provide reliable information at both global and regional scales by taking full advantage of the combined expertise of the three world-class institutions. iHESP’s founding principle is open science and strong international collaborations. Today, as innovative resources are actively exchanged among the global marine science community at an unprecedented level, open science and collaborative innovation have become an important mode for international science and technology innovation and development. iHESP will develop into a world-leading research center for Earth System modelling and prediction, and will work with such international programs and initiatives as Future Earth, the International Geosphere Biosphere Program (IGBP), and the World Climate Research Program (WCRP) to provide scientific guidance and management strategies for climate prediction. Please visit the website for details about iHESP (https://ihesp.tamu.edu)[2].

In celebration of the first anniversary of the establishment of iHESP and the United Nation’s Ocean Day on 8th June, we are pleased to announce the plan for releasing an unprecedented set of high-resolution climate simulation data completed during iHESP’s inaugural year. These data sets are from two sets of simulations. The first set consists of a long, pre-industrial (1850) control simulation and the subsequent transient simulation for the 1850-2005 historical and 2006-2100 future periods. The second set has a 130-year control simulation run for 1950 conditions and the accompanying 100-year transient simulation for the 1950-2050 period. The latter set of simulations support our participation in the High-resolution Model Inter-comparison Project (HighResMIP), endorsed by the World Climate Research Programme (WCRP) Coupled Model Inter-comparison Project phase 6 (CMIP6). All simulations were conducted with two different model resolutions: 1) high-resolution configuration that has 25 km for atmosphere and land surface and 10 km for ocean and sea-ice, and 2) low-resolution configuration that has 100 km for atmosphere, land surface, ocean and sea-ice. The released datasets include simulations at both resolutions and a comprehensive list of climate variables designed to study future climate change and its impact on society, environment, and economy.  The total data volume is enormous, on the order of 500 TB. The data will be released in two increments:

Increment 1 (release date: 8 June 2020): This initial release will include two data sets.  The first set will consist of data from the 1950-control and the accompanying transient climate simulations that follow the HighResMIP protocol. The 1950-control simulation is forced by perpetual 1950 Greenhouse Gas (GHG) emissions for 100 years and the transient climate simulation is forced by observed GHG emissions from 1950 to 2005 and then by projected GHG emissions from 2006 to 2050 based on the Representative Concentration Pathway 8.5 (RCP8.5) scenario. This HighResMIP simulation data set will be accessible from the NCAR Data Sharing Service. The second set will consist of 310-year data from year 21 to 330 of the pre-industrial control simulation forced by perpetual 1850 conditions on the Sunway TaihuLight supercomputer. The data will be accessible from both the Qingdao National Laboratory for Marine Science and Technology (QNLM) data server and the iHESP data server at Texas A&M University.  Also released is the first fully optimized Sunway version of the Community Earth System Model code, which is publicly available through (https://github.com/ihesp) together with the original Intel version of the code.

Increment 2 (release date: targeting the end of 2020): The second release will consist of (1) the remaining 190 years of the 1850 pre-industrial control climate simulation, for a total of 500 years for this control experiment; and (2) 250 years of transient (historical and future) climate simulation for the 1850-2100 period. The future (2005-2100) period of the latter simulation again uses the RCP8.5 scenario. The data will be accessible again from both the QNLM data server and the iHESP data server at Texas A&M University.

Due to high storage demands, the released data sets will be for monthly means of, for example, three-dimensional ocean temperature, atmospheric winds, and precipitation. Some higher frequency (6-hourly or daily-mean) data sets will also be available upon request.

The iHESP data release represents our response and contribution to the call for the 2030 sustainable development goals by the UN and the UN decade of Ocean Science and Sustainable Development 2021-2030[3]. 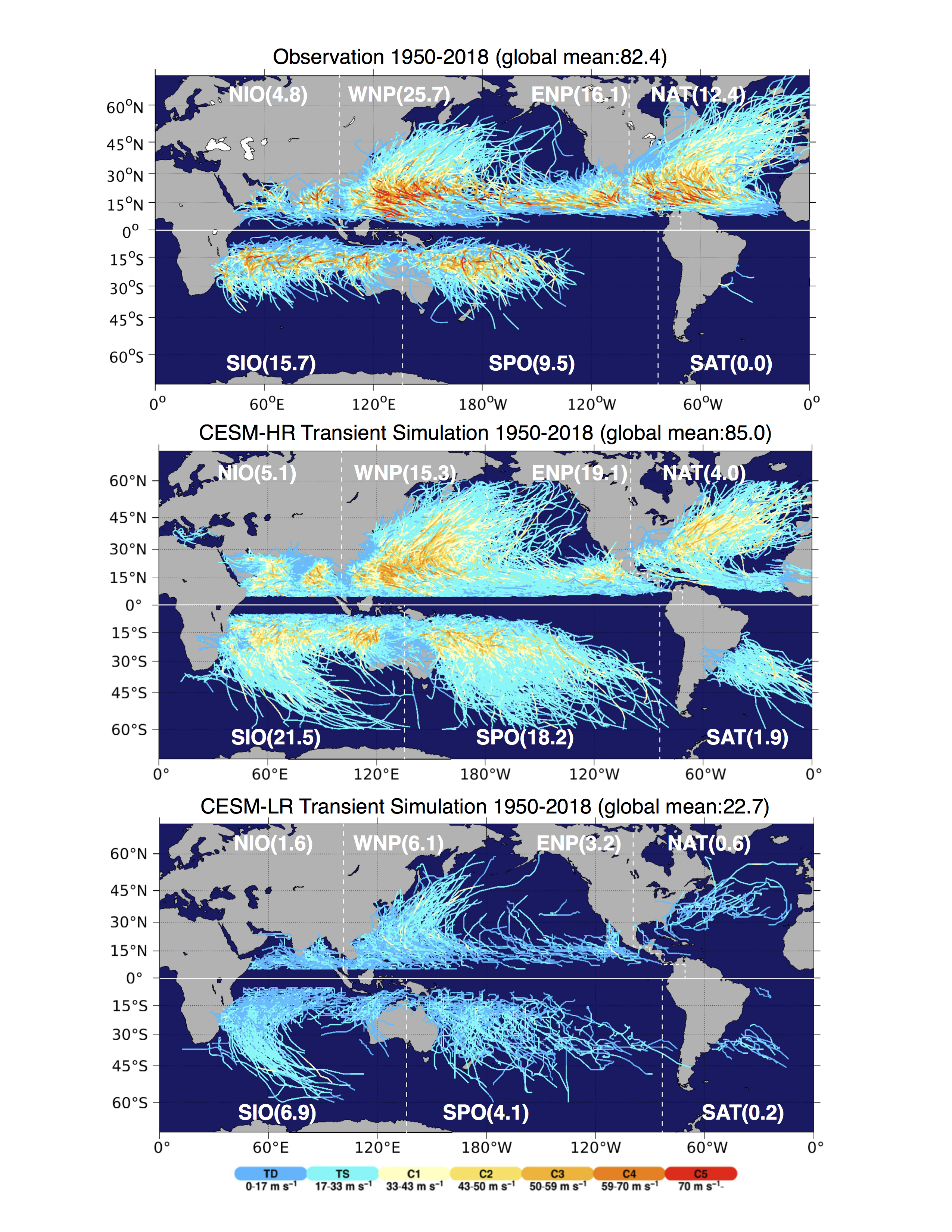 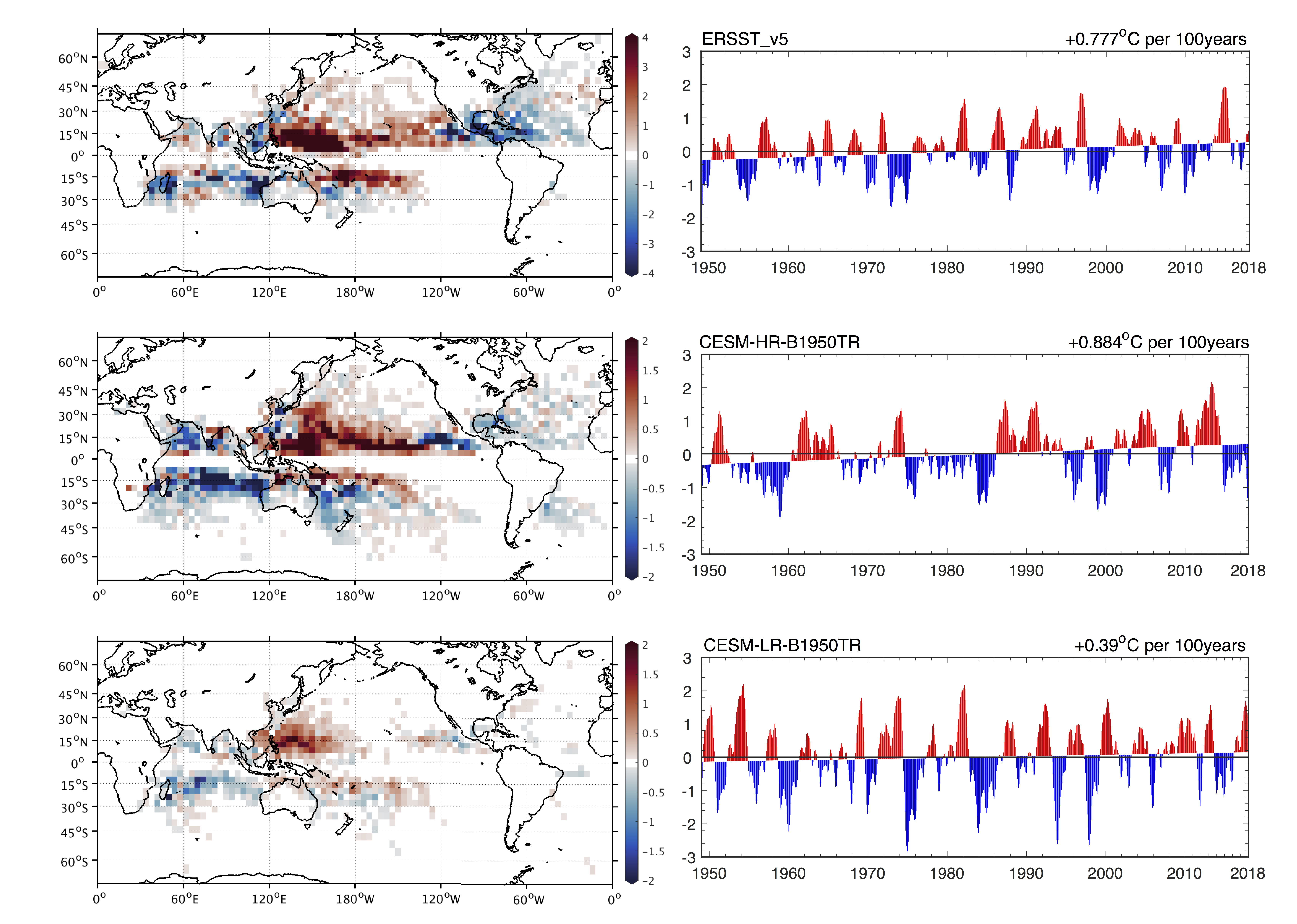 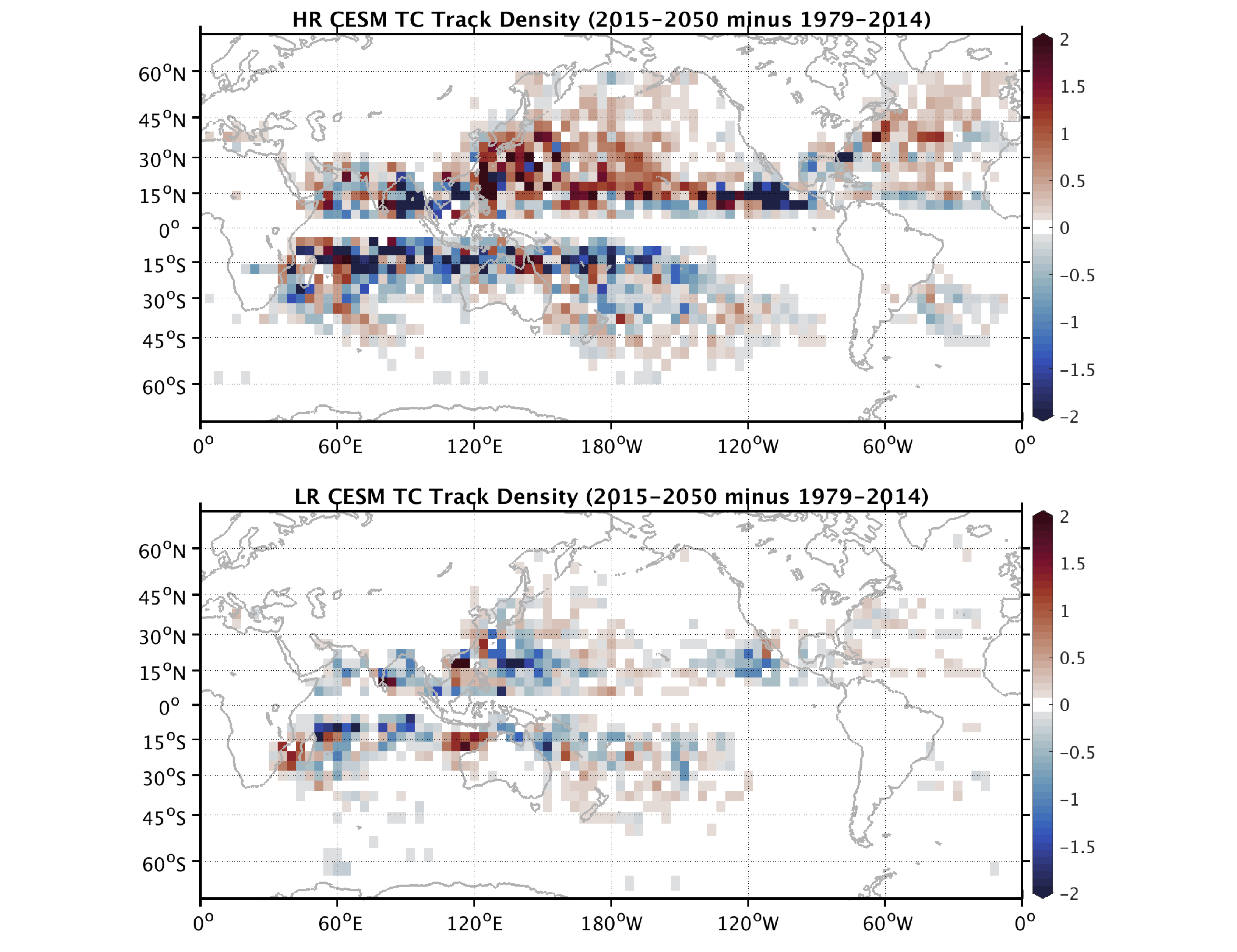